"Grid systems in graphic design" by Josef Müller-Brockmann is a classic book that will sit on many designers' bookshelves. It's a gorgeous slab of bright orange, and is an essential guide to setting up and implementing grids in design and typography.

This post is a run through how to create a responsive 3D mockup of the book in CSS. My tool of choice is Webflow, but the principles here will obviously work in 'regular' old CSS.

We'll start by building the front cover, setting up a grid system to position the content. Then we'll start to make the book 3D, and use gradients to add some slight detailing. While we're doing this, we'll keep responsiveness in mind, and try to set everything up in a way that can be easily scaled. 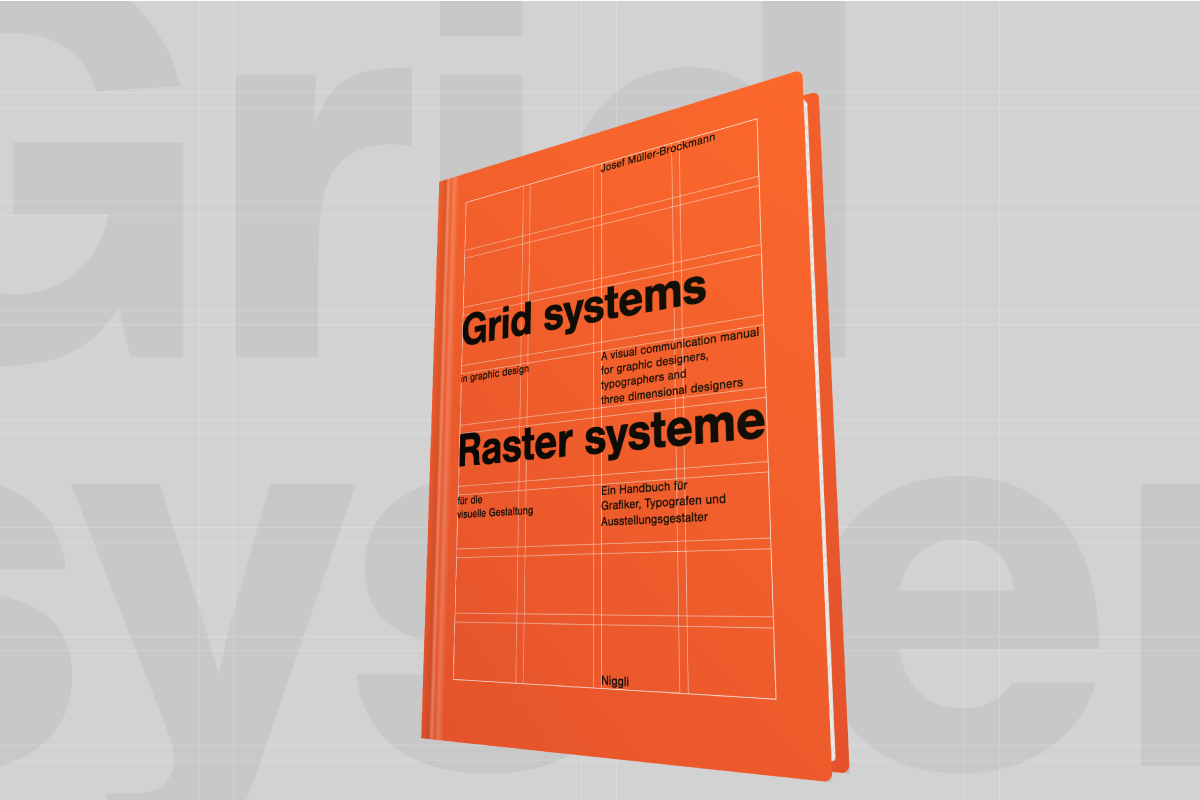 Don't want to read the whole thing? Here's a link to a cloneable project in the Webflow showcase.

I got out an old fashioned ruler for this bit. The cover has a ratio of 1:1.41. To keep the proportions the same at any screen size, we use the padding-bottom trick (here's a link to a CSS Tricks article that goes into depth on this):

The .cover__padding element then just adds in some spacing between the edge of the book and our grids.

To place each text element in the appropriate place in our 32-cell grid, we define the grid-row-start, grid-row-end, grid-column-start and grid-column-end properties for each element. This lets us stretch the elements over multiple cells.

I didn't identify the exact font used on the original cover, although What the font! suggested Nimbus Sans from Adobe fonts as a decent match, so I went with that.

Setting the font-size was tricky.

We want the fonts to scale exactly with the book - so ideally the font-size would be a % of the book width. However there was no obvious way of setting font-size relative to the container width (although I think it could be done with SVGs), so instead we use vw units, so the text scales with the browser width.

I adjusted the size of the font-size on the <h1> and <p> elements until I found a size that was as close to the original cover as possible.

There's not a lot of text on multiple lines here, so I wasn't unduly worried about line height. Also, once the font-width was fixed, as long as line height was dependent on the font size (e.g. by declaring it without units), then there'd be no issues on changing screen size.

I also removed the default top and bottom margins on text elements to make it easier to align the text.

You'll notice on the original cover that certain text items have been carefully positioned so the edges of letters line up with the white lines. By default letters have a little spacing around them, so I applied slight x and y transforms to the <h1> and <p> elements to fine-tune their positions with respect to the lines - with these transforms declared in em, so they'd scale with the text.

I also modified letter-spacing at the same time to best match the original cover.

So instead of having all these 'magic numbers', we can use CSS custom properties (aka CSS variables) to define just a single thing that everything else can be dependent on. We add the below CSS as custom code:

Ok, so what's this doing?

We then use this default cover width for our actual .book width.

And then for the headings and paragraphs, we're scaling their font sizes relative to the cover width. So for a 30vw book, we scale the font sizes by 0.3.

Then, if down the road, we decide we want our book to be twice as large, we just change the --cover-width value and everything else scales. Neat.

We've made a flat cover - now let's add another dimension to it.

Adding perspective to the parent

There are plenty of guides out there that cover how to create a basic 3D cuboid in CSS, including some by Webflow themselves, so I won't go into loads of detail.

We start out by adding a wrapper to the book, and adding some perspective to it. In the Webflow UI, this is under the Children Perspective > Distance setting. This is effectively how far the user is from the Z-plane that the element sits on. (You can read more about perspective at CSS Tricks). I've gone for 1200px here. 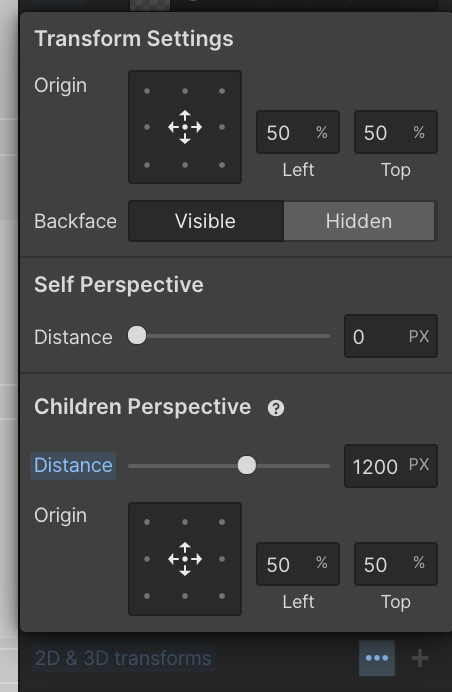 We'll start by adding the back cover.

We want this to be the same size as the front cover - here I've just used position: absolute and inset: 0 to achieve this.

We then want to move it backwards in 3D space - we apply two transforms, one to move it back by the width of the book's spine and one to rotate it 180 degrees around the y-axis, so it's facing backwards.

But how do we define the width of the book's spine? We could just use a value in vw, e.g. 2vw, and this would still scale responsively. But if we decided to change the width of the cover onscreen with the --cover-width value above, we'd have to change this spine width manually too. You can see where this is going - we instead set the spine width relative to the cover width:

Here we've defined a property --thickness as a fraction of the cover width. We then use this to set the translation of the back cover along the z-axis.

We also use this value to set the width on a .spine element.

This spine element is set with position: absolute and left: 0px to place it at the left edge of the book, and then rotated in 3D space 90 degrees to be perpendicular to the cover. We also want to change the transform origin to left: 0%, so we are rotating around the left edge of the element.

(This transformation is not dependent on our custom CSS properties above, so can be set as usual in Webflow rather than in the custom code.)

We create three white .pages elements - for the top, right and bottom edges of the book.

Like with the spine, to position them in 3D space we rotate each element around the appropriate edge, modifying the transform origin as required.

However, in order to make the book more realistic, we also apply an offset to each page element to account for the gap between the edge of the pages and the edge of the cover.

Again, we want to keep this measurement relative to the book size, so we declare another property relative to the cover width (here we've set it as a quarter of the spine thickness, which seems sensible).

We then need to set the following things respective to this property:

For example, for the top element, we set the following in custom CSS:

You'll notice the 1px / 2px values above - these are little shifts I added to remove white artifacts that appeared along the page edges in the orange covers.

I explored a few different ways of animating the book. I settled on rotating the book according to x and y mouse position. The effect is of a smooth change in viewing angle as you move your mouse over the page.

This animation was set up entirely with Webflow interactions with a 'mouse move over element trigger' set on the .book-wrapper element.

Moving the mouse in the x-direction caused a rotation on the .book element from -120 degrees to 120 degrees around the y-axis. This allows the user to spin the book nearly all the way round to see the back cover.

In the y-direction we don't need as much rotation (you'd tend to flip over a book in you hands sideways, rather than end over end!), so we just do -30 degrees to 30 degrees around the x-axis.

We can add a few quick details to add a little more realism to the book:

A div with a linear-gradient background-image positioned near the left edge of the cover serves to give the impression of an indentation where the cover dips in by the spine.

A slight border radius on the outer edges of the cover and back cover make the book look a little more realistic. (Note that these are evidently not relative to the book size - they probably should be!)

A repeating linear gradient on each of the page elements gives the impression of pages:

A faint linear gradient from top right to bottom left gives a faint suggestion of a light source from the top right. 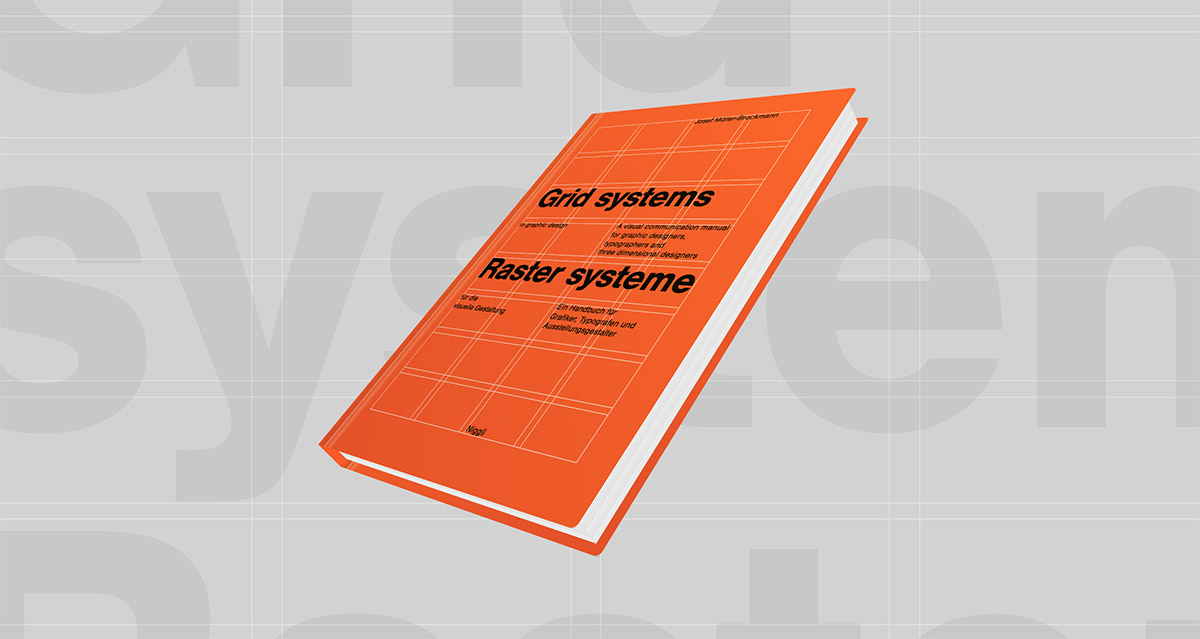 The final step is to modify how we want the book to appear on smaller screens. Because we've set it up to scale according to browser width, we'll likely end up with something that's too small on mobile. To solve this I simply added a media query to bump up the value of -cover-width on mobile

I also modified the animation on mobile, since mouseover is obviously not a thing on touch screens - and instead using a simple 'click to rotate' animation.

To wrap up, here's some thoughts about how to use or extend this further: